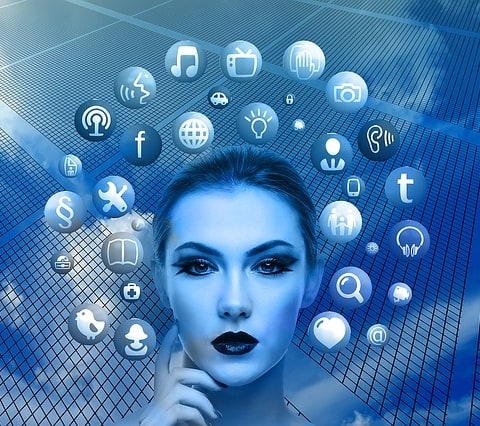 With the advent of technology creeping into every facet of our lives, even the simplest of gadgets nowadays seems to be so advanced. One traditionally simplistic piece to get a serious upgrade is glasses. Gone are the days when glasses were merely spectacles, rims and eye-pieces made to improve your vision.

Today, glasses are a thing of the past: the new rave is smart glasses! The launch of Google Glass in 2013 was the first widespread consumer product attempt. Since then, they are slowly revolutionizing the way people see the world. I mean, you can do just about everything with a pair of smart glasses; communicate in real-time, record images and videos, and even access documentation.

Still, since they’ve been released, doubts and questions still plague the public’s mind. What makes smart glasses tick? How do they work? Keep reading this guide to find out all you need.

Smart glasses are essentially computer glasses which can be worn. Not only do these glasses allow the user to see additional information, but they can also change their optical properties. Smart glasses have three main features:

When it comes to the ability to record videos, audios, and images hands-free, most smart glasses typically have a microphone and HD camera attached. However, there are various different products and this is not always the case.

These devices also tend to have voice-command features, or, if not, are touch or gesture-sensitive. For an overview about the technical components of smart glasses, click on the link to read one of my earlier posts about the topic. In some cases, without even having to lift a finger, you can do it all: take pictures and record videos and audios. Talk about convenience, right? What’s more, you can save your data either to the smart glasses’ memory chip or to an online cloud. Isn’t that cool?

Smart glasses also allow users to access information hassle-free. As mentioned previously, these gadgets have built-in technology which make smart glasses receive either touch, gesture, or voice-commands. This is particularly useful for people who have their hands tied, or even people who are physically disabled and have difficulty moving their limbs.

For users, a pair of smart glasses makes life so much easier. Let’s say you’ve just finished a workout. With the right programming, you can give your smart glasses instructions to compile the exercise activities you completed and send it your computer as a file for analysis. Nifty, right?

Optical Properties Which Suit Your Needs

Another cool feature which several smart glasses have included, is the fact that while they’re on, you can change their ability to filter light. As you go through your day, depending on where you go, the level of brightness in a specific area will vary to that of another. The side-effect of that is vision impairment, meaning that your vision is not in its optimal state.

To solve this issue, designers of smart glasses thought that it was a brilliant idea to add features which dim the amount of ambient light which is filtered through the glass’ lens. Quite ingenious, if you ask me. This feature is enabled in many smart glasses’ by a type of liquid crystal technology.

There are two major types of liquid crystal technology used: PolarView and adaptive polarizing filtering, or ADF for short. The former has an applied drive voltage installed which allows users to control the level of brightness displayed. On the other hand, the latter allows for seamless changes in the glasses’ ability to filter during runtime. This means that smart glasses which have ADF technology can alternate between vertical and horizontal polarization depending on your needs.

Are Audio Smart Glasses The Future?

Most companies which make smart glasses such as Google and Samsung tend to produce them featuring both nifty audio and display functions. However, some brands have decided to make smart glasses in a new and exciting way, redefining the way we look at spectacles.

Bose, one of the leading brands and developers of audio equipment, made a bold statement in 2018. They came out announcing a project which they call “BOSE AR.” The announcement was made at the 2018 SXSW Festival where they displayed what might very well be the future for smart glasses as we know it.  That’s right: they came out with a pair of prototype smart glasses which focus on delivering sound-based augmented reality (AR.)

When I heard the announcement, I, like you, was extremely intrigued to know what exactly BOSE had in store. Based on my research, BOSE hopes to release smart glasses which use information gathered by motion sensors and GPS data in your mobile phone, connecting the two via Bluetooth. In doing so, not only can smart glasses determine your location, but also the general direction in which you’re facing. With that information, small speaker pipes transmit sound to your ears based on either audio cues or even motion sensors through gesture control features.

Confused? I was too. To provide you with a more practical example of these glasses in use, at the same festival, BOSE gave a remarkable demonstration. With smart glasses, they were able to execute an incredible reality tour of restaurants and bars down a street. Considering that it worked by sound augmented reality, you would face a building, tap a touch pad on the glasses, and voila: voice messages popped up letting you know what was inside the building. Despite the fact that there were obvious glitches with the smart glasses, such as imprecision of location and the inability to correctly pin-point landmarks, these were minor. Overall, it was pretty accurate and cool!

Despite the excitement surrounding BOSE’s latest efforts to produce smart glasses supported by sound augmented reality, it’s difficult to say whether they will completely replace vision-based AR smart glasses. There are still several kinks which have to be fixed, namely the glasses’ precision and tracking capabilities. That said, it is an exciting venture and we are looking forward to seeing what will become of this latest technology!

We know, we know: whenever you go looking for a pair of glasses, comfort, feel, and the general aesthetic look of the piece is extremely important to you. Augmented reality glasses have gotten a bit of a rap for being a bit clumsy-looking, abnormal and uncomfortable to wear. This was also one of the reasons for the initial failure of Google Glass. As a result, people tend to be a little on the fence about trying them out.

Thankfully, there is some headway being made with regard to developing smart glasses that don’t only do the job but look good too. For example, Intel was to came out with a pair which really made you change the way you see smart glasses. Sleek, elegant, beautiful, and practical: talk about beauty! However, sadly Intel ditched the project in the end.

There are others who are giving it a go though. Focals By North is currently on of the latest more serious attempts at coming out with smart glasses that look good, while also giving useful features to the end user. Time will tell, how the general public accepts. them.

Talking about BOSE’s recent announcement, these sound-based AR babies might very well be the new standard for fashion-forward smart glasses. In comparison to vision-based smart glasses, sound-based ones don’t need to have a lens made for image projection as the emphasis in technological add-ons will be centered around the sides. The prototype sunglasses displayed looked pretty standard from the front. From a profile view, they did look a little chunky, but that’s because of the touch pad, motion sensors, and speakers built into the glasses. However, they were reported to be relatively light.

So, what’s the consensus? Well, with the way things are going, soon it might be almost impossible to differentiate smart glasses from regular glasses. As technology continues to evolve, ingenious and creative ways of shrinking technology while keeping its functionality is definitely on the horizon, and smart glasses are sure to benefit from such discoveries.

As time progresses, we find new and exciting ways of developing products, making them even better than sometimes we ever thought that they could have been! In light of all the buzz and excitement surrounding smart glasses, much speculation has already been circulating about what the future holds for these gadgets.

One prediction which is sure to become a reality is that the multi-million-dollar-making technological company ‘Apple’ is expected to join in on the smart glasses trend. Saw that coming, right? Kind of expected, if you ask me.

Smart glasses are soon expected to become major and almost central devices in the technological industry, rivaling even smartphones. Actually, the CEO of Apple has publicly stated  that smart glasses might soon be as trendy as smartphones. Recently, reports have come out indicating that Apple already has a project underway creating smart glasses.

This project is dubbed ‘T228.’ While there is no word yet on what interesting new updates and features Apple hopes to bring to the smart glasses game, there’s no doubt that they’re going to give it all they’ve got. Their first shipment is expected in the next five years, although some remain optimistic, arguing that they may be shipped even sooner.

Smart glasses are also expected to still provide computer-generated content to its user. However, the way in which the user experiences the device is forecast to be varied depending on the brand and experience sought. As technology advances, several types of AR can be integrated into a pair of smart glasses. It’s not far-fetched to find a pair which runs on both vision-based and sound-based AR. Developers might be able to find a way to integrate both features while maintaining the device’s sleek look to offer users the best of both worlds. Whatever the case, there’s a lot to expect in the coming years from these bad-boys.

Smart glasses are definitely some of the coolest gadgets to hit the market in recent times. Their unique ability to produce computerized content with the mere click of a button or a simple command-gesture is truly extraordinary. These devices have crept into the lives of millions throughout the world who are so pleased with the convenience they offer.

What’s more, the fact that smart glasses can offer a completely different yet unique experience either through sound or vision-based AR is truly remarkable. Users have the luxury of choosing between two equally amazing experiences, something which is a rarity in today’s world.

While one cannot say with absolute certainty what the future holds for smart glasses, one thing is certain: it surely does look bright! With Apple already on board, there’s no doubt that in the next 10 years, smart glasses are going to be all the rave and might become as commonplace as smartphones. We’ll just have to wait and see whether these devices live up to their expectations.