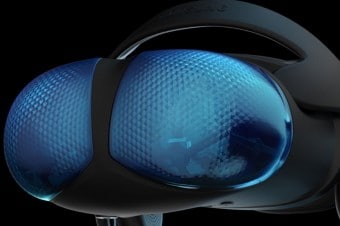 This page aimed at people who are interested in the new upcoming VR headsets that are about to be released in 2020 or at a later date. I will be trying to update the resource regularly so that you would be able to get an up-to-date overview of all the possible future releases gathered into one place.

P.S! Do keep in mind that while some of these headsets are officially announced by the corresponding companies, others are just speculation not be taken as the whole truth.

It was already back in late 2017 when the original Samsung Odyssey headset was announced. A year later in the fall of 2018, the revised and improved version (anti-SDE filter) Odyssey+ came to light.

It seems that 2020 might be the year that Samsung delights us with a brand new Odyssey Mixed Reality headset. In late 2019, Samsung Electronics filed a design patent in China, which shows a headset with a lot of similarities but also various upgrades to the existing Samsung product line.

Do keep in mind that this is only a patent, which may or may not be built into an actual product by Samsung. However, based on the patent, there is a lot to like about the possible new headset.

First and foremost, there are no cables present anywhere in the design, indicating that the new headset might be wireless. This is something a lot of VR enthusiasts can appreciate for sure.

The headset also comes with a totally redesigned head adjustment and tightening mechanism. It has a small “Halo” at the front and a Rift-like headband at the back. The headband also slides in and out from both sides, making for easy in-game headset adjustments.

The design illustration above also shows that the headset will most probably have an inside-out tracking system with four cameras – two on the front and two on the sides. The added cameras on the sides should help with overall tracking accuracy which was a problem for the last Odyssey+ in certain situations (e.g moving controllers to the side of your head).

There isn`t any information whether Samsung is continuing with an OLED display like on the current Odyssey+, or swapping it out for LCD display(s). We will have to wait and see for any official announcements from Samsung.

On the 23rd of May 2020, HP released a teaser video of their new upcoming Reverb G2 VR headset in their Twitter account. Both the release date as well as the specifications of the headset are currently unknown.

What Do We Know?

Sony has announced that their next-generation gaming console, the Playstation 5 will be released in time for the holiday period 2020. This most probably means that the PS5 is available for purchase in October or November.

Do keep in mind, that Sony hasn`t yet made any official announcements about the release date or specifications of their new PSVR headset to go along with the PS5. However, there are strong signs indicating that the PSVR 2 headset is indeed coming, most probably releasing in late 2020 or somewhere in 2021.

What Do We Know?

In February 2019, Sony filed a utility patent with the USPTO (United States Patent and Trademark Office). The patent describes a virtual reality headset that has many similarities to the 1st-gen PSVR headset but comes with several upgrades.

According to the patent, the new headset would have 3 cameras (2 in the front and 1 on the back) that are used alongside built-in LED sensors for improved tracking accuracy. The Sony Moves controllers which were used in both PS3 and PS4 are also getting an upgrade.

More interestingly, the patent discusses the option of using the new headset wirelessly. According to the information available, the user would have two options – use a wire connected to the gaming console or alternatively, connect the headset wirelessly via Bluetooth.

Since the PSVR 1 launched already in 2016 we can also understandably expect new display(s) with improved resolution and visual properties overall. Let does wait for any official announcements from Sony.

Early in 2020, HTC Vive unveiled the cover from their new modular VR product lineup – the HTV Vive Cosmos series. The whole series is actually a spin-off from the original Cosmos VR headset (launched October 2019) enabling you to choose between both upgraded and downgraded versions of the initial headset.

HTC Vive Cosmos Play is the entry-level version of the Cosmos-series. As of April 2020, it is yet unknown when it will come to sale and what the asking price of the headset will be.

What we do know is that the only real difference from the original HTC Vive Cosmos is that Cosmos Play has 4 cameras (instead of 6) for the inside-out tracking system. All the other components and features are exactly the same. Do keep in mind that initially, the Cosmos received a lot of criticism for its tracking accuracy (even with the 6 cameras).

Since the release, HTC has put a lot of effort into increasing the tracking accuracy and removing various glitches on the software side. It could very well be that they want to smooth out the tracking even further, before releasing the HTC Vive Play with fever cameras to the public.

The original HTC Vive Cosmos is currently on sale for about 700$ (check the latest price). Since the Play is a downgraded version, one might assume that the asking price of the Cosmos Play will somewhere around the 600$ point.

Edit (12th of May, 2020): New details about the upcoming headset have been made available by Bloomberg “insiders” within the Facebook Oculus division.

The new headset will supposedly be an improved version of the current Oculus Quest and be probably released in 2021. The Quest S (or 2.0) will be smaller, lighter, more comfortable, and has a higher refresh rate. Read more from UploadVR / Bloomberg.

A leak from Facebook`s Oculus developer documentation indicates that the company might be working on a new standalone VR headset with the codename “Del Mar”.

The documentation entries (which were promptly removed by Facebook) indicate that there is an early-access developer program that has already started or is about to start.

Entries from the Mobile API documentation indicate two things. Firstly that the Del Mar is likely to be a mobile (standalone) VR headset. Additionally, a line from the API code shows that Del Mar will most probably have new “Oculus Jedi” controllers.

It is currently unclear if and when the new headset will actually see daylight. We might be getting some announcements about the project during the Oculus Connect conference in the fall of 2020.