I recently faced an issue with my Oculus Quest 2 where the headset would not boot properly and stay stuck on the Oculus logo loading screen.

That being said, here are the steps you can take if your Oculus Quest 2 is stuck on the logo loading screen:

If you having problems with Air Link specifically, make sure you also check out my detailed troubleshooting guide!

Doing a hard reboot is the first thing I tried to fix the Quest 2 booting issue. This was also recommended by many fellow Quest 2 users as a potential solution to the issue.

You can do a hard reboot on your Oculus Quest 2 by holding down the power button for approximately 15 to 60 seconds.

Unfortunately, hard rebooting did not solve the issue for me and the headset would still get stuck at the logo screen.

Another thing I tried and later found that is often recommended by Oculus Support as well is to launch the headset from the boot menu.

Turn off the headset and simultaneously hold down the power and volume down (-) buttons until you see the boot menu appearing. Use the volume buttons to select the option “Boot device” and confirm by briefly pressing the power button.

If this solves the issue for you, then good. If not, then proceed forward.

Start the drum roll and let the curtain fall. Up next is the solution that helped me get my headset booting up properly again.

All I had to do to get past the stuck logo loading screen on my Quest 2 was to plug in the charger and leave the headset on the table for approximately 45 minutes.

When I later came back, the headset was turned off. I simply started it again and it booted up without any issues. Sometimes the best solutions are also the simplest ones. Go figure.

However, If you are still unable to get past the problem with your headset, I have included some other steps you can take to potentially solve the issue.

While troubleshooting and reading forum threads, I found that many of the loading screen problems were caused by issues with the proximity sensor.

If you have any custom facial interfaces installed on your Quest 2, then go ahead and remove them and test again. Custom interfaces, when not installed properly might interfere with the proximity sensor.

Alternatively, you can also try slipping your finger in the upper center area between your lenses (where the sensor is placed) and see if covering it manually makes any difference.

I once had an issue where my Oculus Home screen was not loading properly. The solution was to connect the headset again via Oculus mobile app.

Several people from forums and Reddit threads suggested that reconnecting their Quest 2 via the Oculus App helped them solve the stuck logo screen issue.

Since I found my solution elsewhere, I have not tested this method. It might even be that because of the booting issue you are unable to connect the headset with Oculus App anyway.

However, if you are still facing the issue, it can’t hurt to try.

Doing a factory reset is often the last resort option for solving different problems that you might face with your Quest 2.

If you decide to go that route, you will have to complete the headset initial setup again and reinstall all the games (while also losing your saved data).

But hey, a (potentially) working headset is better than a one stuck on the loading screen, right?

To complete factory reset on your headset, follow these steps:

Hopefully, this is the end of your problem troubleshooting and you can get back to enjoying some VR gaming. If not, there is only one more recommendation I can give you.

Although Oculus Support has a reputation of giving very basic recommendations and often taking a long time to reply, they still might be able to help you with your problem.

When creating a support ticket, make sure to include a detailed description of your problem and list all of the steps you have taken to resolve the issue yourself.

This way you will have a higher likelihood of actually getting a helpful answer from the Support team. 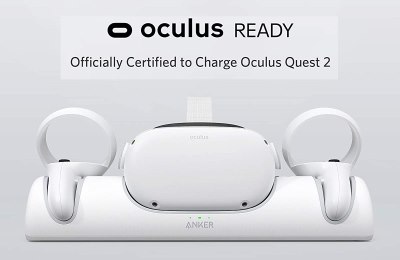